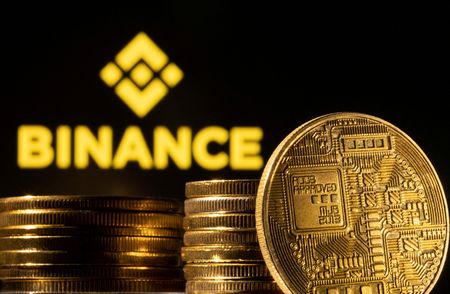 NEW YORK (Reuters) – A federal judge on Thursday dismissed a lawsuit accusing Binance, the world’s largest cryptocurrency exchange by trading volume, of violating U.S. securities laws by selling unregistered tokens and failing to register as an exchange or broker-dealer.

The lawsuit had been brought in Manhattan by digital token investors who had bought nine tokens – EOS, QSP, KNC, TRX, FUN, ICX, OMG, LEND and ELF – through Binance’s online exchange starting in 2017, and which soon lost much of their value.

In a 327-page complaint, the investors claimed that Binance “wrongfully engaged in millions of transactions” and failed to warn them about the “significant risks” of buying the tokens, and sought to recoup what they paid.

U.S. District Judge Andrew Carter, however, said the investors sued too late, having waited more than one year after their purchases.

He also said domestic securities laws did not apply because Binance was not a domestic exchange, even if it used Amazon computer servers and Ethereum blockchain computers in the United States.

“Plaintiffs must allege more than stating that plaintiffs bought tokens while located in the U.S. and that title passed in whole or in part over servers located in California that host Binance’s website,” Carter wrote.

Kyle Roche, a lawyer for the investors at Roche Freedman, declined to comment. Binance and its lawyers did not immediately respond to requests for comment.

The investors claimed the statute of limitations began running exactly one year before their April 2020 lawsuit, when the U.S. Securities and Exchange Commission released a “framework” characterizing their tokens as securities.

Binance has an opaque corporate structure, with a holding company registered in the Cayman Islands. Founder and Chief Executive Changpeng Zhao said in October that Binance planned to establish “a few headquarters” around the world.