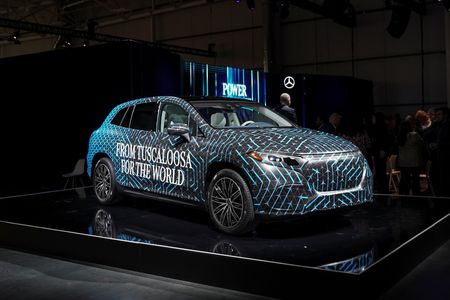 BERLIN (Reuters) – Mercedes-Benz unveiled its EQS sport utility vehicle (SUV) on Tuesday, a 660 km (410-mile) range car that will be made in America and go on sale by autumn.

Production of the EQS, the premium carmaker’s second electric SUV after its EQC, will begin at its plant in Tuscaloosa, Alabama this year.

The United States and Canada are expected to be the main markets for the new vehicle, according to sales chief Britta Seeger, though it will also be launched in Europe before the end of the year.

Mercedes-Benz has not disclosed how much the new SUV will be sold for, though its existing EQS electric sedan starts at around $103,000 in the United States.

Three-quarters of new car sales in the U.S. market last year were trucks and SUVs, posing a challenge for carmakers seeking to reduce their carbon footprint while needing to satisfy customer demand for large vehicles.

In a bid to localise its production chain, Mercedes-Benz opened its first U.S. electric vehicle battery factory in Tuscaloosa in March.

The company sold 21,900 fully-electric vehicles worldwide in the first quarter of 2022, three times more than in the same period last year, even as overall deliveries across all vehicles fell 15%.

Just 2.3% of Mercedes-Benz’ car sales last year were battery-electric vehicles, rising to 11% including plug-in hybrids, which have both an engine and a battery. 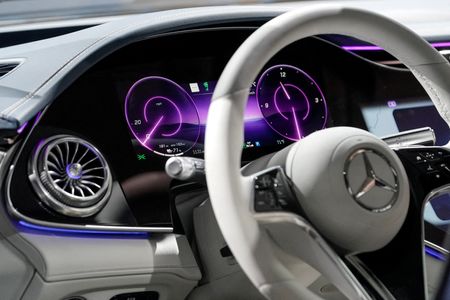