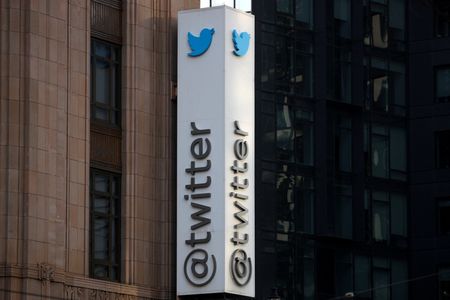 (Reuters) -More private equity firms have expressed interest in participating in a deal for Twitter Inc, people familiar with the matter said on Monday.

The sources, who declined to be identified, did not name the firms.

Apollo Global Management Inc is considering ways it can provide financing to any deal and is open to working with Musk or any other bidder, the sources said. Its participation would be through its credit investment platform rather than its private equity business, the sources added.

Twitter adopted a “poison pill” on Friday to limit Musk’s ability to raise his stake in the social media platform.

Thoma Bravo has informed Twitter that it is exploring the possibility of putting together a bid, Reuters reported over the weekend.

(Reporting by Greg Roumeliotis in New York and Arunima Kumar in Bengaluru; Editing by Aditya Soni and Cynthia Osterman)