by Reuters | Apr 20, 2022 | Business, Entertainment and Lifestyle, Technology, US 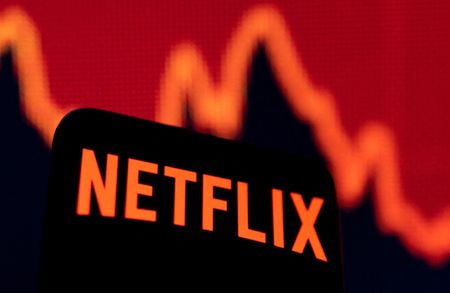 By Eva Mathews and Nivedita Balu

(Reuters) -Netflix Inc shares lost over a third of their value on Wednesday after the company reported its first drop in subscribers in a decade, leaving Wall Street questioning its growth in the face of fierce competition and post-pandemic viewer fatigue.

The streaming pioneer’s shares fell 37% to $220.40 and were headed for their worst day in nearly 18 years if the losses hold. More than a dozen analysts rushed to temper their views on a stock that has been a red-hot market performer in the past few years.

“Netflix is a poster child for what happens to growth companies when they lose their growth,” said Kim Forrest, chief investment officer at Bokeh Capital Partners in Pittsburgh.

“People buy growth companies because they think their cash flow is going to grow so they’re paying ahead for anticipating that. When a stock like this tumbles, people looking for growth back away quickly.”

Brokerage J.P.Morgan made the most aggressive move by halving its price target to $305 – well below the stock’s median Wall Street target of $400.

“Near-term visibility is limited … and there’s not much to get excited about over the next few months beyond the new, much lower stock price,” J.P. Morgan analyst Doug Anmuth said.

Anmuth also slashed his estimate for 2022 net subscriber additions by half to 8 million.

The share slump could erase the stock’s gain over the past two years, when its business thrived as new customers joined its platform to ride out the lockdowns.

In an effort to calm nerves, company executives told analysts on Tuesday they were looking to offer an advertisement-based tier over the next year or two and promised a crackdown on password sharing – a long-running problem for the service.

“We’ve got the full kitchen sink … That might not be enough,” said Russ Mould, investment director at AJ Bell.

Netflix’s rivals already have ad-driven versions or are considering one – HBO Max offers an ad-supported subscription, while Disney+ recently said it would launch an ad-based tier.

“We’re left with a business in transition. Subscribers have slowed and we struggle to see a return to a pre-COVID net add cadence,” Piper Sandler analyst Thomas Champion said in a note.

Demand for fresh and engaging content is also increasing, forcing Netflix and others to think about bigger budgets for production even as costs increase in an inflationary environment.

Netflix’s bigger problem was consumers cancelling their subscription due to inflation and post-pandemic user fatigue, than its profitability or business model, said Peter Garnry, head of equity strategy at Saxo Bank.

For the second quarter, Netflix has lined up new seasons of popular shows ‘Ozark’, ‘Stranger Things’ and ‘Grace and Frankie’.

Needham, however, took a divergent view. The brokerage upgraded its rating on the stock to “hold” from “underperform”, encouraged by the company’s plans to add a low-priced advertising tier. 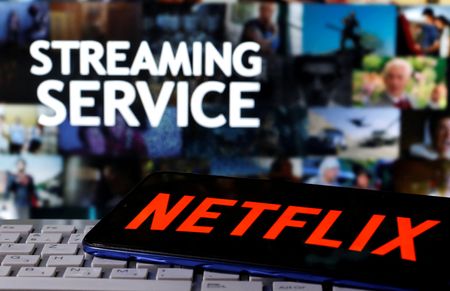