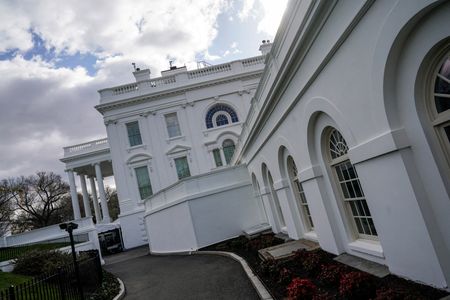 WASHINGTON (Reuters) – The White House on Monday proposed imposing a minimum tax on the nation’s richest people to challenge the “indefensibly low tax rates” the wealthy can engineer as Democrats take another swing at a so-called billionaire’s tax.

In his fiscal 2023 budget proposal, U.S. President Joe Biden proposed a minimum 20% income tax on all households worth over $100 million, which would include unrealized gains on investments that have not yet been sold.

The proposal is an effort to tackle what the White House described as a “glaring” problem: that the current tax code’s preferential tax rates for investments allow the nation’s wealthiest to have a lower tax rate than middle-class Americans.

The administration said the proposal would apply to the wealthiest 0.01% of U.S. households, with billionaires accounting for over half of the $360 billion it is projected to raise in revenue over the next decade.

The Biden budget is a wish list as final taxing and spending decisions ultimately fall to Congress where Democrats control the House and the Senate with just razor-thin margins, making it tough for the party to push through major pieces of legislation.

Changes to the tax code are likely to be hotly debated, and previous attempts to impose major tax reforms have faltered amid Democratic divisions.

The White House proposal is similar to one unveiled by Senator Ron Wyden, who heads the tax writing Finance Committee, in October as part of Democrats’ efforts to craft a sweeping social and climate-changing spending package.

That plan similarly would have imposed a minimum tax on unsold, tradeable assets like stocks, but never came to fruition as the broader package faltered amid Democratic disagreement.