Yellen says U.S. economy being ‘resilient’, no recession in sight 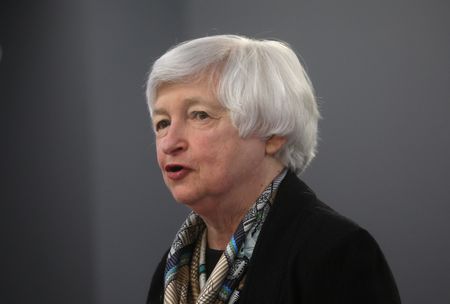 WASHINGTON (Reuters) – U.S. Treasury Secretary Janet Yellen on Friday said the U.S. economy was proving “very resilient” in the face of a series of shocks, and she did not foresee it tipping into recession.

She said inflation may have peaked in the United States, but cautioned that prices may remain elevated “for a while longer.”