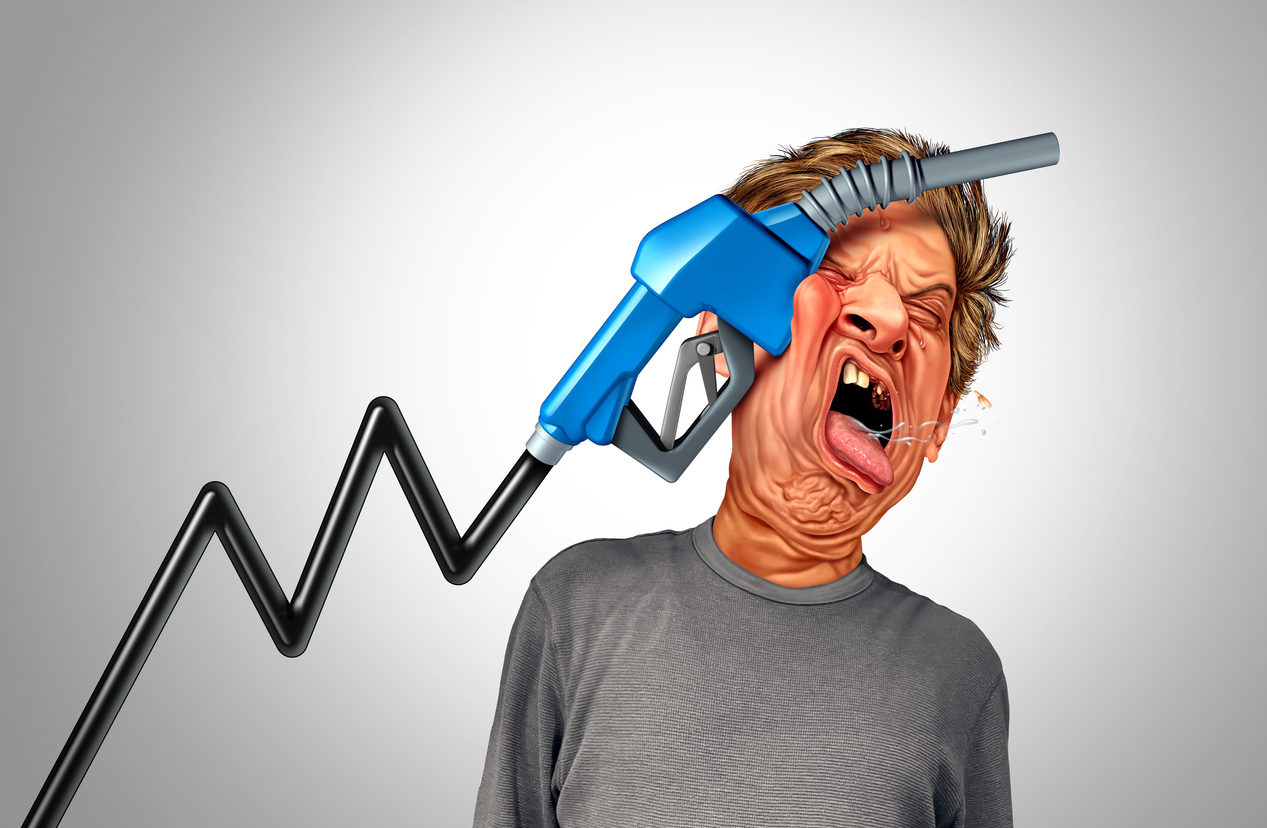 Get ready to pay even more at the pump.

Oil prices are up another $1.05 to $115.30, and show no signs of cooling – especially as we near summer driving season. In fact, don’t be shocked if oil hits $5 a gallon all over the U.S. It’s already there for states like California, Washington, Nevada, and Hawaii.

The problem is supply just can’t keep up with demand.

“Demand for energy continues to ramp up as the world recovers from Covid-19. Despite China’s Covid lockdowns, oil demand in March stood at 101% of 2019 levels, according to the International Energy Forum, citing newly released data from the Joint Organizations Data Initiative (JODI). However, supply continues to lag, with production standing at just 97% of 2019 levels,” says CNN.

Supplies could tighten even more if the EU bans Russian oil imports.

“EU foreign ministers failed on Monday in their effort to pressure Hungary to lift its veto on the proposed oil embargo. But some diplomats now point to a May 30-31 summit as the moment for agreement on a phased ban on Russian oil,” added Reuters.

With that, investors may want to keep an eye on Exxon Mobil (XOM) and Chevron (CVX), as a way to trade gushing oil prices.

With gas prices this high, I may be investing in a new bike.

With COVID-19 still making the rounds, the US CDC just reported that more than a million Americans have now died from the virus.

The death toll is “equivalent to a 9/11 attack every day for 336 days,” according to The Associated Press, which confirmed the news today. “It is roughly equal to how many Americans died in the Civil War and World War II combined.”

Worse, we may be nearing a potential summer spike.

In fact, according to former White House Coronavirus Response Task Force coordinator, Dr. Deborah Birx said the U.S. should prepare for a summer surge of the virus. “It’s now predictable that the South will see surges in the summer and Northern states will see surges in the winter — especially around the holidays,” she added, as quoted by CNN.

That being said, investors may want to keep an eye on vaccine stocks, such as Moderna (MRNA), Pfizer (PFE), BioNTech (BNTX), and Novavax (NVAX), which is waiting on a US FDA advisory committee to review the company’s EUA filing for its vaccine. That meeting is reportedly being held on June 7, 2022.