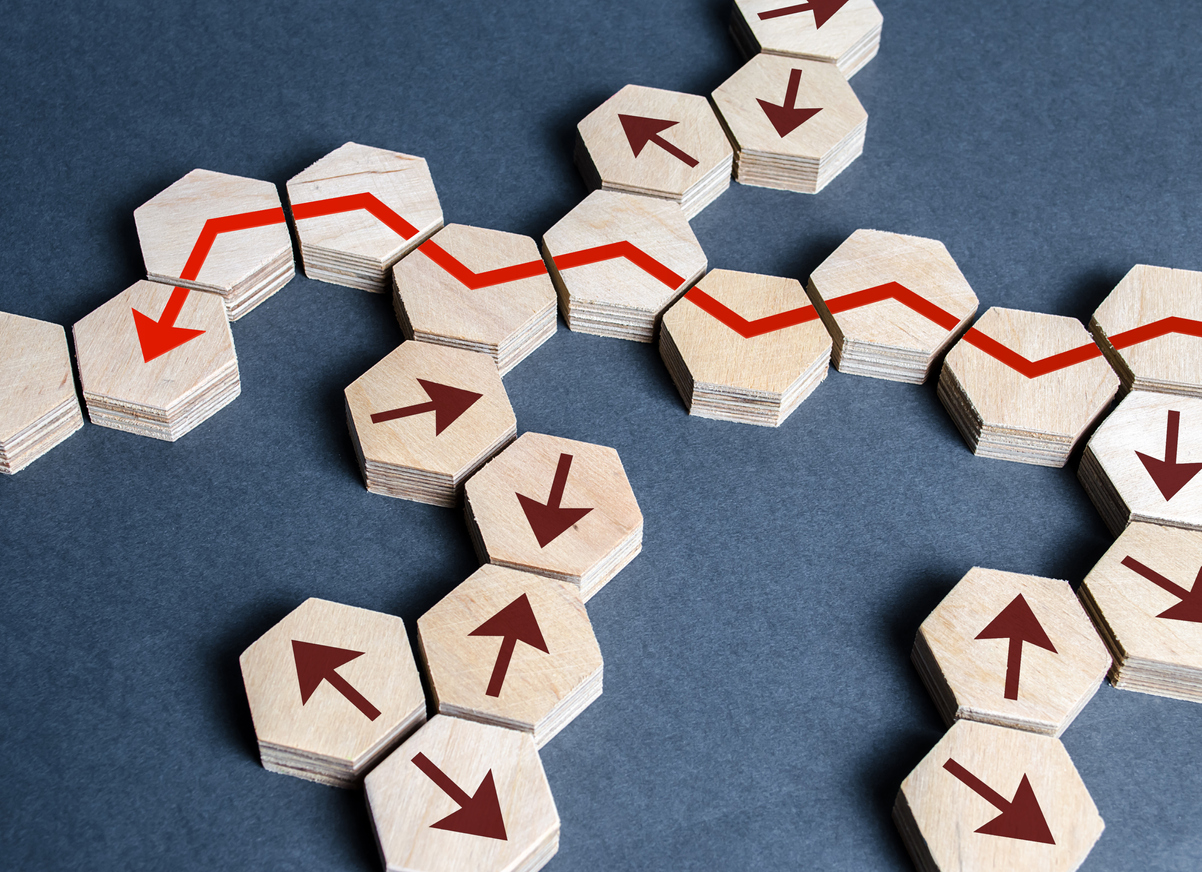 But it wasn’t a surprise.

The Federal Reserve made such a mess, we’re all paying for it now. They thought inflation was transitory, which we all knew wasn’t true. Unfortunately, common sense at the Fed isn’t so common. And now we’re stuck, potentially heading for a recession.

So, no. Yesterday’s pullback wasn’t a shock.

The only thing that was shocking was that folks jumped into that relief rally on Thursday, thinking the worst was over. But as we said on April 27, “If you believe the bottom is in, I have a bridge to sell you. What investors need to do is wait for confirmation of trend change here. Wait to see if any new rally is sustainable first. If not, you could get burned by a fake move, as some traders learned the hard way.”

We also highlighted a few ways to potentially trade downside.

We know it’s easy to panic and run from the market.

But that’s the last thing you want to do. This will pass. Markets are resilient. Sit tight.

One sheep jumped off a cliff. Another followed. All of a sudden, hundreds of sheep began jumping off a cliff because everyone else was doing it.

Jaws on the floor, shocked shepherds would watch 1,500 sheep jump off the cliff.

Hundreds of sheep perished. Each followed and jumped simply because every other sheep was doing it. And as uncommon as this may sound, it’s not. In fact, this very same thing happens each and every day among traders and investors.

But we never question what we’re really buying or selling, which can be quite costly. Instead, we take the leap simply because everyone else is doing it.

And if everyone else is doing it, it must be right. Right? Not exactly.

Remember, “Men, it has been well said, think in herds; it will be seen that they go mad in herds, while they only recover their senses slowly, and one by one,” noted Charles Mackay in Extraordinary Popular Delusions and the Madness of Crowds.

Granted, that was written in 1841. But what he had to say about the mass mania and the behavior of the crowd remains relative to this day…

In short, just avoid the herd. Beat your own path.