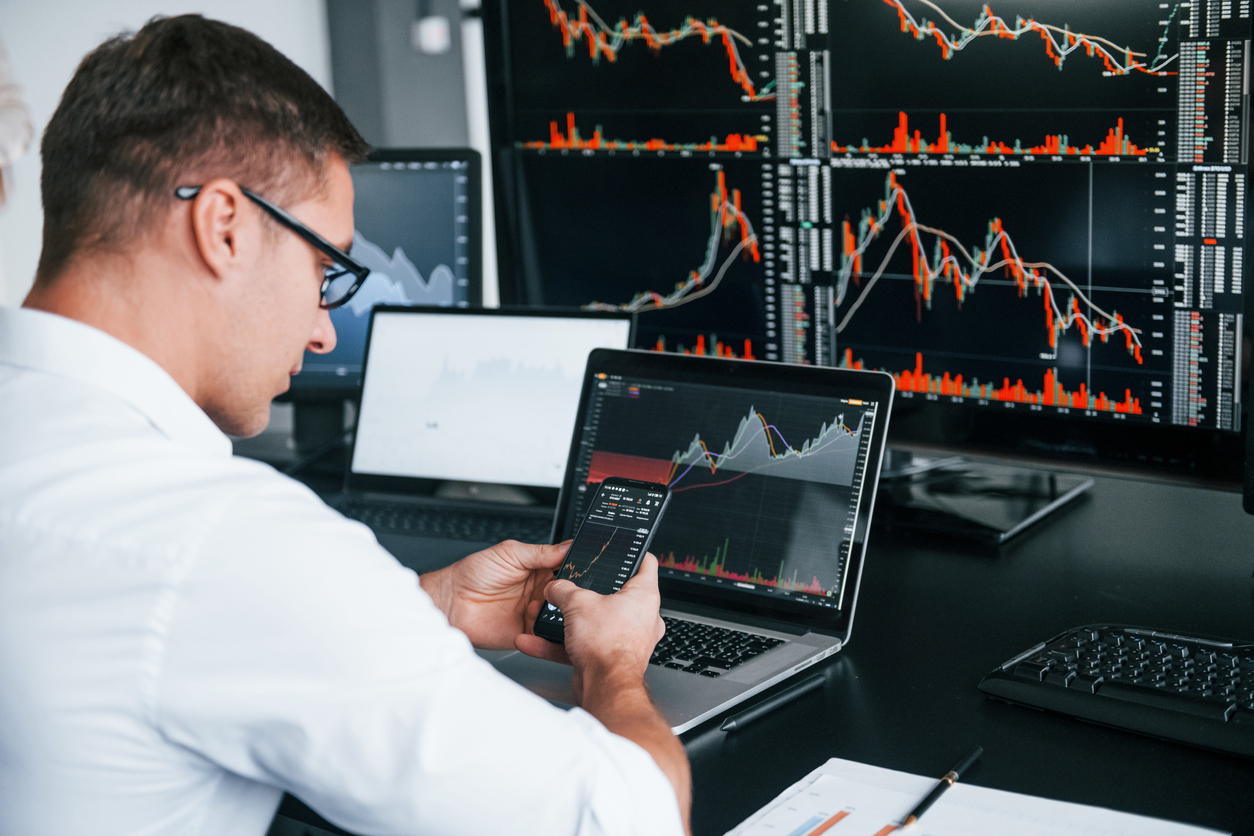 Investors are concerned we could see a more aggressive cycle on interest rate hikes. In fact, we may see a rate hike of at least a half point this afternoon.

All to get a grip on inflation, which now sits at 40-year highs.

Some of the stocks you may want to keep an eye on, include tech stocks, like Advanced Micro Devices (AMD), Apple (AAPL), Adobe (ADBE), and Lam Research (LRCX) to name a few.

All “have powered higher when interest rates entered periods of multiple Fed rate hikes since 1990, says an Investor’s Business Daily analysis of data from LPL Financial and S&P Global Market Intelligence,” adding, “All these stocks topped the S&P 500 during rate-hiking campaigns since 1990. And they rocketed 70% or higher, on average, during these periods.”

Or, investors can look at financials.

Look at Bank of America, for example.

Analysts are bullish on Bank of America because it’s one of the most sensitive to interest rate hikes. According to Barron’s, “With it widely expected that the Fed will raise interest rates at least three times this year, Bank of America would be poised to benefit more than peers.”

“Meanwhile, Bank of America has estimated that an instantaneous 100 basis-point increase—which would be equivalent to roughly four hikes—would improve net interest income by $7.6 billion over 12 months,” they added.

Or, take a look at the iShares U.S. Regional Banks ETF (IAT), which invests in U.S. regional banks that should benefit from higher interest rates. After all, “A rising-rate environment will help the regional banks maybe more so than those that are capital-markets dependent,” said U.S. Bancorp CFO Terry Dolan, as quoted by Bloomberg.

At this point, rates have to rise to combat inflation.

We may as well try to profit from it.